The Oratory Library contains over 10,000 volumes. That may not seem like much in a city like Oxford, where you are never more than 5 minutes away from a college library, but in fact we have many items in our collection that even the Bodleian can't compete with. And they all need proper storage. 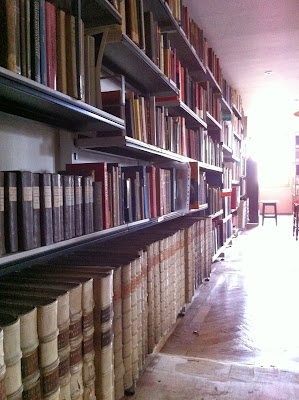 The new library, sketched below, will finally allow us to preserve the books properly. Once the books are no longer scattered around the Oratory house, they will also become accessible to those from outside the Oratory: the members of our own Parish, as well as students and academics. 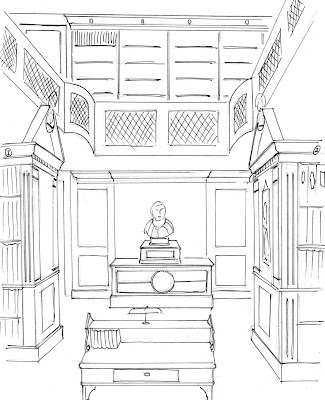 The upper room of the existing parish centre already provides the main holding area and reading rooms. To construct this we have strengthened the floor, replaced windows so that they are waterproof and insulated, and constructed a gallery around the hall. To protect the books, the new glass of the windows blocks damaging ultraviolet light, and the whole room is climate-controlled. Access to the gallery is by a new lift and stair. 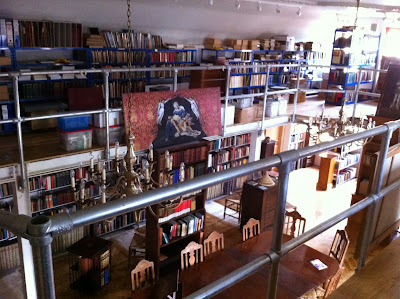 We still need to raise the funds to pay for the permanent shelving of the library. 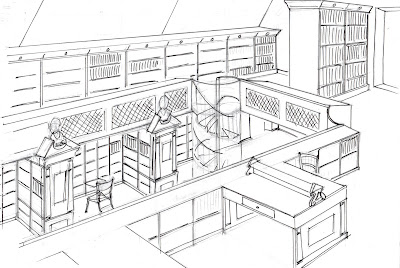 So what do we have in our library that's so special?

The great majority of books are on Theology, Scripture, Church History, and Philosophy, which are necessary for those preparing for the priesthood. Not only our own novices, but students from other Oratories have consulted these works for their weekly essays at Blackfriars, as well as their general background studies. A great many more are books of Spiritual Reading, essential for every member of the Oratorian community.

Special collections include a very large range of Oratorian writings, beginning with the different lives of St Philip Neri, and concentrating on the works by and related to our own Cardinal Newman.

Many Oratorian books were printed in Italy or other countries, and cannot be found in any other library in Britain. A particular prize is the Venice edition of the Annales of Cardinal Baronius, revised by him (1601–7). Baronius was one of St Philip Neri's first followers, encouraged by him to write the Annales as an authoritative history of the Church. 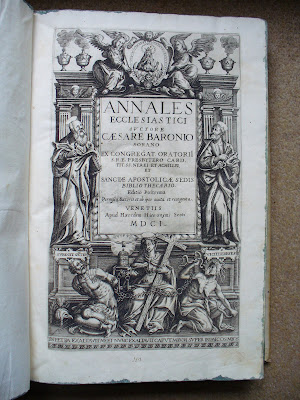 There are a number of rare manuscripts which have been acquired or given to us, including some superb liturgical texts. The archives include the parish records from the late 18th century, with many letters and notes from interesting 19th-century characters, ranging from Gerard Manley Hopkins to Napoleon III. There is a remarkable collection of autographs of saints, acquired by the colourful Hartwell de la Garde Grissell, and bequeathed to the Parish in 1910. He was particularly interested in the Oratory, and somehow collected St Philip's own autograph and those of other early Oratorians, as well as those of St Pius V, St Aloysius Gonzaga and St Charles Borromeo.

We are blessed to have been entrusted with the theological books from the library of Thomas Gaisford. The elder Thomas was Dean of Christ Church, and collected a massive library, mostly of books from the libraries of religious houses in Germany and the Low Countries during the Revolutionary and Napoleonic Wars. His son, the younger Thomas, became a Catholic, and was a friend of Newman. He was influential in the attempts in the 1860s to found an Oratory in Oxford. The Gaisford Family entrusted us with over three hundred books from the library in 1996. These include all the great Benedictine editions of the Church Fathers, including a copy of the works of St John Chrysostom presented by the editor, the famous Dom de Montfaucon. There are many 16th- and 17th-century volumes of more obscure writers, some of which do not seem to be found in other British libraries, and there are four massive series on Church History, including one edited by an Oratorian in Venice in the dying days of the Most Serene Republic (18th century). Then there is a 16th-century manuscript of the Commentary on the Psalms by St Theodoret of Cyr, including what seems to be the only text of his commentary on the Old Testament Canticles.

The Corpus of Byzantine History shown below is a possibly unique set of vellum-bound folio volumes containing the works of historians of the Eastern Empire, mostly in Greek but with a handy Latin translation on facing pages. Some volumes have lovely engravings of Constantinople and maps of the Empire as they fought the long defeat. You can see from the photo how inadequate our current storage is. 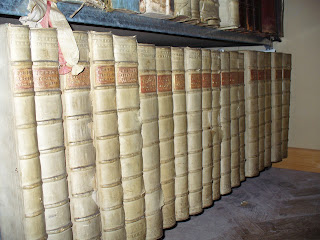 Finally, there is the Chesterton Library, comprising all G.K. Chesterton's own copies of his published works, his journal, G.K.'s Weekly, and much more. There are also many manuscripts and paintings, including the scenery and characters for his famous toy theatre. This has been secured by a specially-constituted trust with the intention that the collection can be kept together, and housed in the Oxford Oratory to ensure that it remains in England and is accessible. Read more about it on the Chesterton Library website. 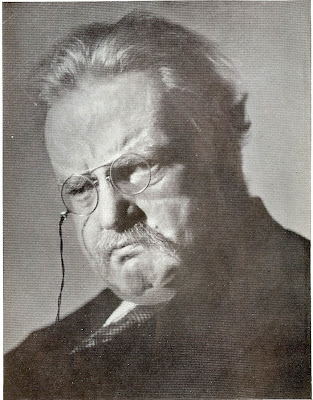